Down But Not Quite Out: what can we learn from the plights of Learning Tree International and Readers Digest? 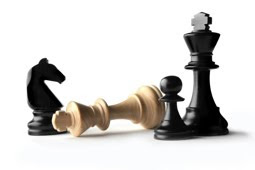 These turbulent economic times have not been kind to two of the large publishers of catalogues and journals – Reader’s Digest and Learning Tree International.

Of course, Learning Tree International’s business is selling face-to-face courses, but most of us will have had the Learning Tree catalogue ‘brick’ of courses dropping onto our desks on a regular basis for many years.

Learning Tree has been around since 1974. Readers Digest is much older, having first rolled off the presses in 1922. However, both are living in troubled times for the same reason – a failure to innovate and a failure to adapt in a rapidly changing world.

Reader’s Digest – The Demise of a Venerable Organ
Reader’s Digest still circulates to 17 million people in 65 countries worldwide, but major problems with its financial structuring and an ongoing drop in readership (down from 18 million in the USA in the 1970s to 8 million today – still the largest audited circulation of any magazine) has left it in dire straits.

The US company is preparing to file a pre-arranged bankruptcy agreement, to trim back to a distribution of 5.5 million, and reduce editions from 12 to 10 a year. However word on the streets is that it has ‘lost its way’ and will never recover but will slowly wither and die. One view is that Reader’s Digest has lost its ‘DNA’. When Lila Bell and De Witt Wallace conceived their baby in Minnesota back in the 1920s there were no competitors to the condensed articles, the ‘Use Your Word Power’ quizzes and the jokes that they made available through the Digest.

Despite moving some activity onto the Internet and getting its journalists blogging the company is still struggling. Current blog postings include ‘4 tips for selling your gold’ and ‘it’s enough to make your stomach hurt’ – with more tips, this time for avoiding heartburn. So it’s no surprise really. It seems that Reader’s Digest hasn’t come to terms with the way that people get their information, and their laughs, these days.

Learning Tree International’s Approach
Learning Tree International recently published its F3Q09 earnings. They don’t make pretty reading to me (despite at least one analyst upgrading LTRE to ‘buy’ – but analysts don’t have a great track record for picking fundamental weaknesses in business models – just think back to the late-1990s first Internet bubble burst or to the more recent failure to see the business model weaknesses in the sub-prime fiasco).
Learning Tree reported a decline of 31.2% in earnings compared to 2008. Operating expenses were down from $22 million to $14.6 million ($1.5 million of that contributed by producing less of those damn catalogues). And overall operating profit was down by 40.7% compared to the same period in 2008. Net income was down 44.7%.

Maybe more interesting is Learning Tree’s decline in learner activity (I use the term ‘learner’ advisedly in this context as the structure of many Learning Tree courses is such that many people only learn despite the Learning Tree course – more of that later). There was a 20.7% decrease in attendance overall, with management courses down by 13.7% and IT attendee days down by 31.7%.

The CEO reported that foreign exchange rate changes had an impact, but I think Learning Tree is facing deeper problems. And they’re the same problems being faced by Reader’s Digest.

Our Changing World
The world is moving on, people expect to get their learning and development online where possible, at a time that suits them, and in small chunks rather than 5-day off-the-job courses. This change in user demand has been taking place for at least the last 15 years. It appears Learning Tree is only just waking up to this fact, if they have at all.

It’s a ‘hybrid’ model called Anywhere. Anywhere allows remote participants to attend a live Learning Tree class without having to be in the classroom – for up to 5 days… They have developed a portal to stream video and audio of the instructor’s performance, with some real-time communication with instructor and other participants in ‘break-out rooms’. I checked out the 3-day ITIL basic course. Apart from the limitations of needing to be roughly in the same time zone as the face-to-face attendees so I wasn’t expected to sit up all night to participate, tuition fees are high. $2,390 is the standard fee for remote participants, in this case for the three day course.

“Things that we are very being careful to measure at this point in time along with the response to our marketing are what happens in the way of cannibalization, are we seeing a response from people who would have come to the classroom but are now preferring to attend as remote attendees, because the remote attendees to carry a bit of incremental cost as well, so we have to measure all that and balance all that out and see what happens, but the effect that we’d be looking for in the short term would clearly be an improvement in the gross margin by increasing the number of attendees per event for those Anywhere titles.”

The major problem here, apart from the downside of having to pay a significant amount of money to stare at a screen for several days, is that instead of registering for the Learning Tree ITIL course and parting with $2,390, people preparing for the ITIL V3 Foundation Certification have a lot of other options. Many of them are free and most are certainly better approaches for learning than a solid 3-day away-from-job course.

Alternatives to ILT events
The Internet has not only changed the way we communicate but also our concept of ‘freely available’. A cursory look at the ITIL resources available on the Net reveals a wealth of material on YouTube for a start. You’ve got the Principal Product Manager for EMC giving a 6-minute overview. If you want to get into a bit more detail there is lots of other YouTube instructional material. You can delve further into ITIL, maybe into Configuration Management, or access a number of other areas such as Service Level Management.

Then there are numerous free books, guides and reports, such as the 230 page ITIL V3 Foundation Exam Study Guide, a comprehensive, freely downloadable book with “everything you need to know to pass the exam and in addition the official OGC sample exams included at the end of each chapter“.

Turning to collaborative and community support for learning, there’s the ITIL Community Forum with its FAQs, feedback, forums and 23,000 registered users to interact with. I could go on.

Now I may be missing something here, but think ILT training companies such as Learning Tree need to go back to the drawing board and make more fundamental changes to their business models for a number of reasons.

Our Changing Expectations
Firstly, many CLOs in large corporations around the world now subscribe to the view that most organisational learning is informal and even where formal learning is used they expect more than a one-off event from their suppliers. The expectation is that the provider will make on-going support available through some form of online forum and email at least, or make their content available online in an on-demand way such as the excellent Books 24×7 has done. And CLOs want to integrate their provider’s learning materials and learning tools with their own internal systems so that they can be made available across the corporation.

CLOs are also looking to measure learning outputs rather than simply recording inputs. All-in-all they are becoming more savvy in their expectations and in the tools and approaches available to them. They want more than the ‘same old ILT stuff’ in their kitbags.

Here’s an example of what I mean by ‘more savvy in their expectations’.

Reuters Institute of Technolgy – an example of CLO expectations
When I was CLO at Reuters my learning and development colleague Andrew MacGovern developed the Reuters Institute of Technology which was a fully-featured set of online resources and tools to support our 5,000 or so technical and operations staff. Many of the technical staff were ‘gen Yers’ – the average age of the 1,800 software developers in Bangkok was 28 years and the 1,000 or so technical staff in Beijing were just a little older.

The Institute didn’t include any courses from suppliers such as Learning Tree, but was rich with resources from Books24x7, TechChek (a web-based technical skills assessment tool), internal company communities and knowledge sharing wikis. A ning site, podcasts, video learning resources, RSS feeds from the large technology providers such as Cisco, Sun and Microsoft, and a number of other facilities including a range short formal modules deep-linked from the corporate LMS that could be pulled on-demand.

There were other integrated tools, such as the ‘culture wizard’ which matches the profile of one learner’s country and culture to other colleagues to enable the development of more productive cross-cultural team working and support. It provided on-going learning and support opportunities.

Andrew won the CLO Magazine’s Gold Award for innovation in 2008 for this initiative.

This is the type of provision many CLOs are either building or expecting to be made available to them. One-off courses will no longer ‘cut the mustard’ in the new world. Not even if they stretch their tentacles to remote participants.

So what’s the learning here?

Well, I think that the learning is to always look forward and plan with an eye on changes and adapt your business model to suit the emerging world – whatever it may be at any point in time. If stalwarts such as Reader’s Digest and Learning Tree can fall off the perch, other suppliers can as well.