In a Complex World, Continuous Learning and Simple Truths Prevail 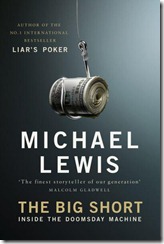 The book ‘The Big Short: Inside the Doomsday Machine’ is Michael Lewis’ marvellous account of the idiocy and greed that led to the sub-prime bubble and the resulting global financial crisis.

Lewis’ book focuses on a few smart people who saw the simple truths beneath the complex world of financial jiggery-pokery that led to wealthy people becoming even wealthier on the backs of others who were sold the dream of owning their own homes irrespective of their income, assets or ability to pay.

These few smart people bet their shirts against what they saw as a house of cards. The house they saw was built on a belief that the complexity of asset-backed securities, credit default swaps, collateralised debt options and other sophisticated financial instruments were a valid contribution to national and international growth and would make banks and bankers a whole lot of money along the way.

Apart from their aspirations the smart folks were interesting in another way. Most were outliers of one type or another – people who lived and worked outside the norm. One was a one-eyed doctor with Asperger syndrome, others were ‘rejects’ from Wall Street, or anti-social smart-thinking loners who had turned their backs on steady jobs and big salaries. Most had no desire to work and intermingle in mainstream financial services and markets.

Of course we know now that these people were right and the armies of financial experts and self-styled ‘masters of the universe’ in the big investment banks were wrong. The outliers saw stupidity and self-interest for what it was. They won their bets. The outcome was that almost everyone apart from these ‘oddballs’ suffered.

So what does this story have to do with my world – a world focused on new ways to help organisations thrive in the 21st century? Encouraging them to change, adapt and modify the approaches they use to increase performance and productivity – and enabling their employees to work smarter, innovate, and continuously over-deliver?

Quite a lot, as it happens.

What caught my eye early on in ‘The Big Short’ was Lewis’ observation that ‘ ..there are some things that can’t be taught’.

He could have added ‘but those things still need to be learned..’ 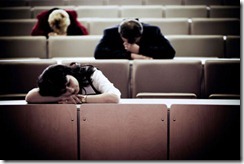 Despite the sophistication, the big brains and the resources available to the traders and executives in Lehmann Brothers, Merrill Lynch, Morgan Stanley and the rest, it appears they failed to see this simple truth. That no matter how smart you are, you still needed to carry on learning.

It also appears they were unaware of another simple truth – that continuous learning is the only sustainable asset in a world of constant change.

This is not really surprising. These are common oversights and blind-spots when people believe they know best and ignore the insights, experience and wisdom of others. 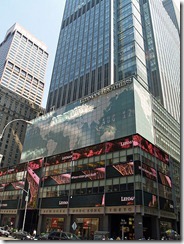 If the people working in the banks and rating agencies had taken the time to step back, ponder and question some of the fundamentals that underpinned their assumptions and decisions, then they would have been able to see that the roller-coaster they had started was running out of control.

They didn’t.  Most had tunnel-vision.

Now no-one was telling or teaching (or ‘instructing’) them to do this. The tools they’d created and the methods of using the tools had not been taught in business school. There was often an assumption that once the ‘smart work’ of setting them up the work was all finished and done – no need to think about them further.

However, managing these beasts (and deciding when to ‘kill’ them) needed mind-sets that appreciated the need for continuous learning, relearning, and re-adjustment of thinking in situ.

The smart outliers certainly understood the need for continuous learning.

And they were self-directed learners.

Some of their learning didn’t require a sophisticated understanding of the arcane financial instruments that were driving the world towards the precipice (although they each had that). But it did require passion for, and an understanding of, self-directed learning and being aware of the changing world around them.

And the continuous learning sometimes required effort. Two of these outliers spent time walking the back-streets of down-beat towns in Florida, looking at the ebb and flow of communities there, who had jobs, who didn’t, what type of work and security was available, and re-framing their views on the percentage of defaults on mortgages likely to occur.

The Wall Street bankers left their 40th floor offices to go to expensive restaurants. They didn’t consider learning, unlearning and re-learning were of any great value to them.

I think there are some simple lessons we can learn from this story.

For learning professionals the message is also this:

The most important single thing you can do to ensure your organisation develops a continuous learning culture is to help the development of self-directed learning skills. Help your workforce improve its meta-learning.

These meta-learning skills don’t live in isolation. They live with other ‘core skills’ that thoughtful, flexible work needs.

I have written about these core continuous learning skills previously, but I think it is worth listing the main ones again:

There is no doubt that a first step is changing our mind-set from one that sees learning as a series of events to one that acknowledges learning is a continuous process that happens at any time, anywhere. We know that learning doesn’t just happen in controlled and structured environments but that most learning is embedded in the flow of work.

A second step should be to do something to about changing the way we work, and create environments that provide tools and support to workers so they can do their jobs better through bringing learning into their work.

An adage I’ve found helpful to keep focus on the importance of continuous learning is ‘when working is learning, then learning is working’.