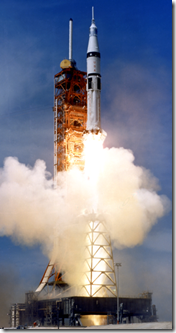 Tom Spiglanin is a senior engineering specialist at the Aerospace Corporation in California and is a leader in the organisation’s technical training department. The people he works with carry out research for the US space programmes – both for the US Government and for civil agencies like NASA and NOAA. In other words, they’re rocket scientists. Tom is a rocket scientist and helps other helps rocket scientists learn their stuff.

Recently Tom wrote a series of blogs titled ‘Ten Things I Believe About Workplace Learning’. His list included important issues and current areas of focus such as the new and emerging roles for L&D professionals; the value of sharing as a skill for learning and development; the importance of personal learning networks and personal knowledge mastery; and the inverse relationship between experience and the value of formal learning.

The messages he conveyed in this short post struck me as having been missed by lots of people when they talk about the 70:20:10 model as a framework for learning and development.

“The reason this framework works is that it more or less reflects what’s actually true for employees in the typical workplace. Formal education has its place in preparing people for the workplace. Once those people become employees, they have a job to get done. People aren’t hired to learn, they’re hired to increase productivity or capability. There are productivity expectations and organizational needs to be met.”

It’s Not the Numbers 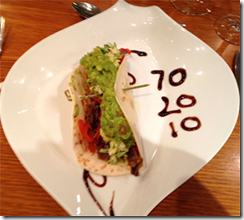 It “more or less reflects what’s actually true for employees in a typical workplace”. That’s the key to the 70:20:10 model, and there’s an increasing body of data in support of this.

We all know instinctively that we learn most of what we need through observing, mimicking, discussing, trying things out, making mistakes, and trying again until we are adept. That’s the nature of human learning. We are learning animals, born to learn.

We learn through watching others who ‘know how to do’ (who of us hasn’t stood and looked over someone’s shoulder recently to see how they were operating a ticket machine or some other piece of technology?) and through conversations. We learn through navigating tough situations, and through practice. And we learn through taking time to reflect on challenges and how we might have handled them differently so we can do better next time (again, who of us hasn’t spent time recently mulling over a difficult work problem whilst lying in bed, showering, or out walking the dog, and then planned ways to address it ?)

To make it easier to explain the skew favouring informal and workplace learning over formal (in terms of contribution to performance) we put a number on each of the three broad categories in the 70:20:10 model – [the ‘70’] learning through by experience and practice; [the ‘20’] learning through, and with, others; and [the ‘10’] learning through courses, programmes and content structured by others.

However, the way these three broad categories are described in the model can lead to a focus on the ratios rather than the underlying principles and categorisation. As such ‘the numbers’ can serve as a double-edged sword.

It is important to understand that these numbers are simply markers and shouldn’t be taken literally. This is a reference model, not a recipe. Sometimes this presents a challenge for people who want or need clear and simple explanations. Unfortunately, life’s not often clear and simple!

I have written previously about some misguided researchers (possibly out on work experience) declaring that “50:26:24 is the average learning mix in most companies right now” (with the implication that it wasn’t “70:20:10”). The idea that companies could neatly slice the learning patterns of their people into three carefully-defined and carefully analysed buckets like this belies belief. This is where a focus on the numbers masks the general underlying principles of the framework.

The evidence, however, does point to the fact that most learning is experiential and social, and most of that being carried out in a self-directed way. In other words, ‘informally’. It also points to some broad – rather than specific – ratios.

Research over the past 40 years has shown that informal and workplace learning is increasingly pervasive and central to learning in organisations. Of course studies have produced varying figures of the amount learned in these ways[1] (as one would expect). Each organisational culture will display its own profile of workplace, social and structured development opportunities, and each will vary dependent on a number of factors.

Despite all the points made above about avoiding focus on the numbers, there is a general pattern here. As Jay Cross pointed out back in 2003:

“At work we learn more in the break room than in the classroom. We discover how to do our jobs through informal learning — observing others, asking the person in the next cubicle, calling the help desk, trial-and-error, and simply working with people in the know. Formal learning – classes and workshops and online events – is the source of only 10% to 20% of what we learn at work.”

Jay’s last comment here should be a guide to our thinking – “Formal learning .. is the source of only 10% to 20% of what we learn at work”. That’s a large variance, not an exact number, but it does suggest that we need to look beyond formal learning if we’re to help create a step-change in performance.

We can expect to see more research output and new individual ratios in the next few years. The fact that different studies reveal different numbers doesn’t make them invalid. Every study is contextual. However, the aggregated results and trends do build the evidence behind the principles of workplace and social learning, and behind the 70:20:10 model.

Why Use Numbers, Then?

Although the 70:20:10 model is primarily a change agent, the numbers do serve as a useful reminder that most learning occurs in the workplace rather than in formal learning situations. They also help stress that learning is highly context dependent. 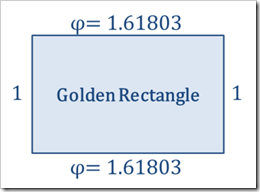 Some mistakenly think 70:20:10 is some kind of golden ratio or edict that can be applied as a simple formula no matter what the context or situation.

The idea that we should be trying to align our learning and development efforts with some fixed ratio is mistaking the 70:20:10 model for something that it is not. What we should be doing is putting our effort into supporting and refining learning where it’s already happening, and this is predominantly as part of the daily workflow.

70:20:10 is not the L&D equivalent of the Ten Commandments or the Quran. The model is better likened to the guidance and advice a parent might provide to a child to help them make the most of their life “work hard to get better at everything you do, put most of your effort into being kind to others, learn your lessons, and you’ll go far”.

L&D professionals need to have tattooed onto their brains that “70:20:10 is a reference model and not a ‘rule’”.

70:20:10 is primarily an agent of change for extending our thinking about learning beyond the classroom and other structured, event-based development activities.

That’s where the model can have its greatest impact.

Along with providing a strategy for supporting effective and efficient learning and releasing high performance, 70:20:10 thinking also helps to change and develop mindsets (and change practices). Of course formal away-from-work learning is still necessary to build capability efficiently and effectively in certain situations – especially when people are new to an role or organisation. However we need to think and act more widely than simply changing the delivery channel.

Although many L&D departments are reaching out to new media and new approaches to support daily development activities – with incorporating social learning into courses, launching MOOCs, adding gamification, using mobile and other communication and delivery channels in the vanguard – many of these are still being implemented within the traditional L&D structured learning framework. That framework and mindset is essentially about command and control – ‘we design and deliver the packages, the ‘learners’ learn, we metricise and report’.

This traditional approach lacks flexibility and is based on assumptions that may have been valid in 18th century Prussia when the concept of a curriculum arose, but is not fit-for-purpose in our fast-evolving 21st century world. 70:20:10 thinking and action helps overcome this ‘course and curriculum mindset’. A 70:20:10 L&D strategy is a good starting point for this change process.

I view 70:20:10 as an opportunity to re-establish the working relationship of L&D departments with their colleagues and stakeholders and to move from ‘control’ mindsets to supporting, facilitating, and enabling mindsets and practices with razor-like focus on organisational and stakeholder needs and priorities.

I’ve seen quite a few smart HR and L&D departments move rapidly along this road.

It’s up to the wider L&D professional body as to whether it takes that opportunity or not.

At the core of 70:20:10 thinking is the fact that most of the learning that occurs in the workplace simply can’t be ‘managed’ by anyone other than the person who is learning (and, sometimes, by their supervisor) so L&D professionals need to re-think their role if they’re to help extend and improve the learning that’s already happening outside their world. 70:20:10 helps them do just that.