Learning is Behaviour Change: why is it often so hard to help it happen?

A fascinating article recently published on the Fast Company blog should be required reading for all learning and talent professionals as well as for leaders and managers.
Alan Deutschman, the author of ‘Change or Die’ makes a pretty stark statement about people’s reluctance to change:
“What if a well-informed, trusted authority figure said you had to make difficult and enduring changes in the way you think and act? If you didn’t, your time would end soon — a lot sooner than it had to. Could you change when change really mattered? When it mattered most?”
He goes on to say that even if you think you’d change, it’s unlikely to happen. The scientifically studied odds are nine-to-one that even if confronted with life-or-death decisions, people simply can’t change their behaviour.
Or as the writer and author of ‘Brave New World’, Aldous Huxley, once succinctly put it: “I see the better but it is the worse I pursue”.
Stop or Simply Avoid the Pain? 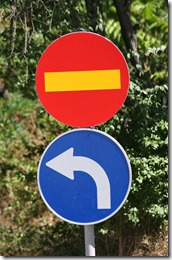 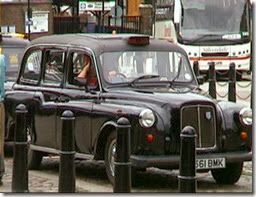 ‘The Knowledge’ is the test London Taxi drivers need to take to get their green badge and be allowed on the road.
No other urban authority in the world requires its taxi drivers to know their city in such minute detail. The Knowledge (started in 1865 and little changed since) requires drivers preparing for their taxi licence test to know some 420 ‘runs’ across London – every cross-street, every major building, every restaurant, every pub, every major retail outlet, every monument, every point-of-interest and so on in such blinding detail that one would think it’s an almost impossible task to learn them all.
Next time you get into a cab in London try the driver out.  Ask him a question such as “where’s the smallest monument in the City of London” or “where’s the plaque that recounts why ‘POMs’ got their name” (two topics a black taxi driver enlightened me with on a trip across London last week). You’ll usually get a correct, and comprehensive, answer.
London cabbies need to learn every street and lane in a six-mile radius of Charing Cross Station.  Hundreds of streets alone, let alone the thousands of way-points. And they need to be able to ‘call’ them in examination conditions to get their licence.
It often takes three years or more for a prospective cabbie to learn the details of all the the ‘runs’ in the ‘Blue Book’ and pass the tough Knowledge tests. No sat navs for these drivers whose brains have been shown to have been ‘moulded’ by learning The Knowledge and by years of driving the streets.
The important point about The Knowledge is that the way people learn it is not by sitting in their homes and poring over maps or checking details on Google’s street view.  They get out and experience the runs. They do it by bicycle or motorbike. Again and again. and then they ‘call’ their newly-learned runs to friends and colleagues – even better if they’re also learning The Knowledge. They learn it experientially and socially.
Key Lesson
The key lesson to take away from Deutschman, Dror and the London taxi drivers’ Knowledge is that if we want to support learning effectively and engender behaviour change, then we need to create environments where emotional responses, rich experiences and social learning are at the forefront. Old-fashioned content-centric training models away from the workplace simply don’t help terribly much.