The Need to Adapt to the Speed of Change or Die: lessons for L&D from the retail industry 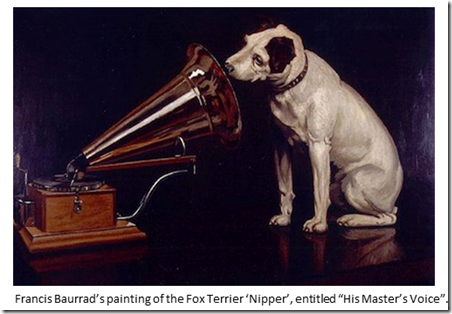 Yesterday another great British institution slid into the history books.

HMV opened its first retail shop in Oxford Street, London in 1921 with great brouhaha. Composer Edward Elgar took part in the opening ceremony. Yesterday, 91 years on, the company shut its shops and handed its administration over to Deloitte with the expectation that its assets will be sold where possible and the company laid to rest.

Music lovers spent many hours (or weeks) browsing HMV stores, which were part of the only ‘chain’ for music when I first came to England in the early 1970s. Richard Branson’s sole Virgin Records & Tapes shop along Bayswater Road in Notting Hill was always worth a visit (although it specialised in ‘krautrock’ – not one of my favourite genres) as were the other independents in Charing Cross Road, but HMV had the variety and the volume.

HMV’s demise has come at a time that is tough for the retail trade. The global economy is still depressed, and confidence amongst consumers still low. Alongside HMV, other British consumer stalwarts have failed in past weeks – Jessops, the camera chain (founded 1935); Blockbuster, the DVD and video rental chain (founded 1989); and Comet, the electrical retail chain (founded 1933). Along with these, the UK and Irish Virgin Music stores were sold in 2007 and went into administration in 2009.

It seems that Deloitte and PwC are the only winners in a world where financial administrators are the current kings.

I’ve been asking myself if there might be lessons for L&D departments here. I think there are.

A common strand runs through all of the above outcomes. It’s not just exposure to tough economic times and having to make changes to do more with less, and do things differently. Almost all individuals and enterprises are facing that.

Each of the above were overtaken by circumstances (and technologies) that changed faster and to a greater extent than they thought possible, understood, and planned for.

As with the many bookshops that have been forced to close in the face of new entrants to the publishing and distribution market – Amazon and Apple – the retail music industry certainly saw what digitisation was doing.  However, they didn’t grasp that it would create totally new distribution channels, new entrants from very different industries, and that it would disintermediate significant parts of the old value chain, side-line others, and build new markets that rendered old ones obsolete in the blink of an eye.

I was struck by the sheer blinkered view and ignorance of two ‘experts’ in the retail world as they analysed the demise of Jessops on BBC Radio 4 last week. One said “the real advantage of going to a store like Jessops was that you could speak to an expert who could advise on everything you might need to know about buying the right camera. You don’t get that when buying online”. The other agreed.

Have they never posted a question online? or read Amazon reviews? or joined something like photo.net and read the annual buyers guide, joined a forum or community and asked one of the tens of thousands of experts there for their freely-given advice?  Why would you put greater trust in someone who worked for a store with a vested interest not only in encouraging you to buy from them, but also to buy the products that gave them the highest return? Is it because you can see ‘the cut of their jib’ or you can assess their knowledge far better by looking them in the face? Does an expert look different to the rest of us? I think not.

Equally, I asked myself, why would people prefer to get information and learn through the intermediation of their L&D department if they have the alternative of doing so faster and more easily from other practitioners and colleagues, or people in their network who may or may not work in the same team, company or country as them? Especially if they can gain that knowledge and expertise without leaving their desk or workflow.

The answer, I believe, is ‘they wouldn’t’.

Some L&D professionals will counter with the challenge “how will you know that you have been given the right information and have been helped to learn the right things?”. The answer is that people will only know that through developing a level of trust in their sources of information and learning. And they will develop trust relationships by using the information, advice and expertise they’re provided with.  If they find it helps them get their work done better, faster or smarter then they’re more likely to ask again, and a competence trust relationship builds.

I don’t have the data to prove it, but I have a gut feeling that over time any one of us will build a network of trusted colleagues and advisors that will give us equally, if not better, information and advice for action than any traditional L&D department can possibly do – and certainly faster. Especially if we take the advice of Harold Jarche in thinking about the power of loose hierarchies and strong networks, and if our organisation actively encourages building a sharing, co-operative and collaborative culture of continuous learning.

What’s the point about this?

The point is that L&D departments need to adapt and do things differently, or do different things, if they are to remain relevant. Information dissemination (often the bulk of many training courses) doesn’t constitute the best use of time for specialists in building workforce knowledge and capability, nor for the intended recipients. L&D specialists should be focusing on understanding critical business problems that are being caused by underperformance and then working with stakeholders to design the best ways to solve them.  This may, or may not, involve designing, developing and delivering physical or virtual training, eLearning or some other intervention.

The Importance of Speed

I think Eric Schmidt made an excellent observation when he explained why Google’s interface is so simple – no ads, no clutter, just a query box, a banner (sometimes replaced by a ‘doodle’) and two buttons – ‘search’ and ‘I’m feeling lucky’ (I’ve yet to find anyone who regularly uses the latter).

Schmidt explained that the basic Google interface is designed in that way, and won’t change fundamentally, because people “will always use the easiest and fastest way possible to find information”. If they have difficult-to-navigate interfaces, or if anything gets in the way, then they will go elsewhere if they think there’s an easier option for them. First they ‘google’ it, then they ask someone nearby, call, message or email a trusted friend or colleague, phone a help desk, or read the manual (if there is one) – in that order. If Google created any obstacles, it would not be first choice.

There is a lesson in Schmidt’s advice for specialist learning technology interface designers, although it may come too late for some. Many organisations have wondered why employees look for ways not to use their Learning Management Systems and other learning technologies. Poor interface design is often the answer. I recall using one enterprise LMS that required 13 clicks of a mouse (some counter-intuitive) to register and launch an eLearning module. And we wondered why the generic eLearning library was under-used!

The point is that people need to work at speed, and anything that gets in the way will be bypassed or ignored. If an L&D department can’t respond at speed and deliver value it will be seen as a failure. 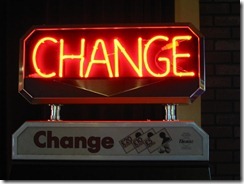 HMV and the other failed institutions didn’t understand how rapidly and extremely their worlds were changing. By the time they did (if they did at all) it was too late.

The lesson here for L&D professionals has been spelt out many times.

Most workforces are more like an orchestra than a battalion of soldiers. The role of L&D professionals needs to become more akin to a conductor (or even a page-turner for a pianist) than a sergeant-major. Expecting everyone to line up and follow the same instructions is a recipe for failure. We need to develop approaches and strategies to support organisational and individual goals in a much more nuanced way.

If there’s one lesson L&D needs to take from the failure of HMV and the others it is to fully grasp the speed and nature of the changes that are sweeping through most organisations – increased expectations of speed, relevance, and solutions that are just-in-time and not a minute late. Not only that, but also the increased expectation that L&D departments will deliver high value solutions to organisational challenges and help drive performance and productivity.

If an L&D department can’t make the internal changes needed and build the capability to do these things, then it deserves to follow HMV into oblivion.

Leave a Reply to Alan B Cancel reply